Notice: RCIS was reformed into RISEC on April 1, 2012.
It has been further merged into new Information Technology Research Institute on April 1, 2015.

about RCIS
AIST > RCIS > about RCIS > Message from Director

Toward the Realization of Safe and Reliable National Life 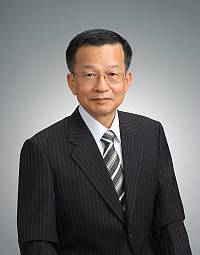 As a key component in the bringing of safety and security to the lifestyles of all its citizens, information security (IS) issues are now considered to be one of JapanĪŪs top priorities. Yet, considering the nationĪŪs current state, despite the fact that various universities and companies have achieved significant results on an international level regarding each independent IS technology, it seems that Japan is lacking the centralization a nation needs to approach the research and development necessary to furthering the cause of information technology (IT) and its future directions. What is needed in this case is a central research institute carrying out research on the overall field — such a facility can produce results which make a significant impact on industry, provides reliable IS-related information to society, gives opinions and support concerning governmental policies, and so on. The expected role for the Research Center for Information Security (RCIS) is to serve as such a research hub. We would like to contribute to the establishment of a safe and secure society by performing a variety of such functions.

The mission of RCIS is to conduct R&D in the field of IS Ī╚for the realization of an IT society in which all citizens can enjoy the benefits and conveniences of IT with ease.Ī╔ With the current situation, urgency of need and the RCIS mission in mind, our aim is to implement the technology necessary especially for IS software, hardware and the elementary technology used for such products. Furthermore, RCIS aims through its expertise — and serving as a reliable organization both domestically and internationally — to create a central basis for JapanĪŪs R&D on IS. We will provide consistent research achievements valued by international standards, as well as supporting the IT security policy of Japanese government.

The world-leading researchers of IS lead the organizationĪŪs endeavors, yet, in order to fulfill our mission, we think it very important to cooperate further with other organizations: for effective coordination, close human relationships are necessary. In addition, from my personal experience gained in my 35-year post as a university professor, I am convinced that what produces the nationĪŪs best and the brightest — that is, those who will constitute the driving force behind information security R&D — is precisely this closeness of ties among the researchers. In this sense, RCIS will certainly take a pivotal role in the developer of human resources in researching IS.

It has been my long-cherished dream to establish a public research institute that will be the central base of information security R&D in Japan that has all the qualities that I mentioned above. RCIS is my dream comes true. However, we still have various issues to be solved, and I would appreciate your cooperation in advance. We thank you for your continued support.

From IEICE (the Institute of Electronics, Information and Communication Engineers), Dr. Imai received Best Book Awards in 1976 and 1991, Best Paper Awards in 1992, 2003, 2004 and 2007, Yonezawa Memorial Paper Award in 1992, Achievement Award in 1995, Inose Award in 2003, and Distinguished Achievement and Contributions Award in 2004. He also received Golden Jubilee Paper Award from the IEEE Information Theory Society in 1998, Wilkes Award from the British Computer Society in 2007, Official Commendations from the Minster of Internal Affairs and Communications in June 2002, from the Minister of Economy, Trade and Industry in October 2002, and from the Chief Cabinet Secretary in 2009. He was awarded Honor Doctor Degree by Soonchunhyang University, Korea in 1999 and Docteur Honoris Causa by the University of Toulon Var, France in 2002. He is also the recipient of the Ericsson Telecommunications Award 2005 and the Okawa Prize 2008.

Dr. Imai is a member of the Science Council of Japan. He was elected a Fellow of IEEE, IEICE and IACR (International Association for Cryptologic Research) in 1992, 2001 and 2007, respectively. He has chaired many committees of scientific societies and organized a number of international conferences. He served as the President of the Society of Information Theory and its Applications in 1997, of the IEICE Engineering Sciences Society in 1998, and of the IEEE Information Theory Society in 2004. He is currently the Chair of CRYPTREC (Cryptography Techniques Research and Evaluation Committee of Japan) and of the IEEE Tokyo Section.